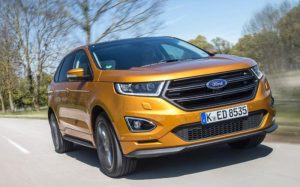 4 inexpensive but fast cars that can give real driving pleasure

The phrase “fast car” is often associated with something very expensive and inaccessible to the average consumer. However, there are interesting models in the domestic car market that can give real driving pleasure and do not stand at the same time as fabulous means. Of course, these cars can not be called “budget”, however, their price is low, if we take into account how they drive.

Toyota GT 86 / Subaru BRZ
The Toyota GT 86, also known as the Subaru BRZ, was introduced in 2011. The car was developed jointly by engineers of both Japanese firms. He got the boxer engine Subaru. The two-liter atmospheric unit allows the lightweight coupe with a manual transmission to accelerate to the first hundred in 7.6 seconds. On the machine, the acceleration time will increase by one second. At first glance, not at all quickly, because some hot-hatch cope with this task. However, the essence of the Toyota GT 86 is not at all in numbers.

It was created not to beat records, but to give pleasure from driving. The prototype of the car became the legendary Toyota AE86 “Hachiroku” – an easy rear wheel drive coupe, which turns perfectly. Hence the numbers in the title. It is worth such a toy for adults of 1,356,000 rubles, which is quite inexpensive, considering what it can do.

Mazda MX-5
The legendary roadster from Mazda appeared back in 1989. In its philosophy, it is somewhat similar to the Toyota GT 86. A light rear wheel drive car with a two-liter atmospheric engine actually turns out to be very fun and interesting. You have no turbo fights and failures, a direct reaction to gas, gambling controllability, a bright design and an open sky above your head – what else is needed for happiness. Buy the Mazda MX-5 in the fourth generation can be from 1 301 000 rubles, which makes it the most affordable rear-wheel roadster on the market.

Lada vesta sport
This is where the really affordable “car for the driver.” Of course, a domestic car with a sports bias can cause some skepticism, but we should not forget that AvtoVAZ’s sports division has extensive experience in building racing cars for the domestic ring championship, and often civilian cars with it have excellent chassis and cornering behavior.

Presented recently at the Moscow Motor Show Lada Vesta Sport has received a redesigned appearance, original 17-inch wheels, new sports seats. Under the hood, the Vesta Sport is equipped with a 1.8-liter unit with a power of 145 hp and a torque of 187 N • m. Acceleration to the first “hundred” lasts 9.6 seconds, and the maximum speed was 198 km / h. The price of the car is still unknown, but it is unlikely to be much more expensive than the “off-road” modification of the “Vesta”, which costs from 763,900 rubles.

KIA Stinger
KIA Stinger at a cost of 1 929 900 rubles, it would seem, does not fit in today’s selection. However, it should be noted here that it competes with such cars as the Audi A5 Sportback and the BMW 4 Series Gran Coupe, each of which is more expensive than the Stinger for at least half a million. In this case, Stinger has a good complete set already in the database and, which is important in the framework of this selection, excellent driving performance. KIA Stinger is available with both rear-wheel drive and full-wheel drive, and many experts note that the Koreans managed to make a real driving car.