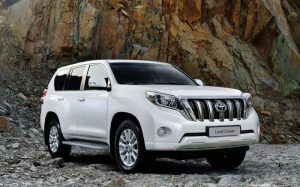 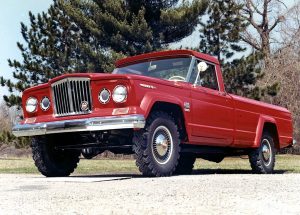 10 little-known Soviet cars that ordinary drivers did not see 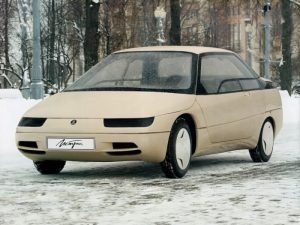 The 1980s turned out to be full of changes not only in social terms, but also for the auto industry of the USSR. Then the projects of cars that could claim to be the best in the whole world were developed, however, the general public did not know about them. In this review, we give a dozen of these machines.

1. Moskvich-2143 “Yauza”
A similar fate befell the Yauzu sedan – model 2141. Looking at the car now, you realize that he could easily claim the 1st place in the nomination “the most stupid windows” – the upper part of the glasses was motionless, and only the lower ones remained functioning. At that time, only 3 cars were assembled.

2. NAMI-LuAZ Proto
In the late 80s, this development had every chance to go into the series. This SUV had high rates of safety and maneuverability, and was also very comfortable. The basis of the car was a reinforced metal body with lightweight fiberglass panels, and under the hood was the engine from the “Tavria”. The car could pick up speed up to 130 km / h. Engineers have created a wonderful family-type SUV with great potential, which was rejected in Moscow, which did not make it into mass production.

3. Moskvich-2139 “Arbat”
In the 80s, the management team of the Moskvich plant decided to replace the outdated model 2140 with something more recent. A group of engineers developed and proposed several projects that radically changed the situation a decade in advance. The following three cars were among those very “ideas”.

2139 model called “Arbat” could well become a family minivan of domestic production. The car had a seven-seater salon with the function of transformation and a multifunctional steering wheel. But, unfortunately, the novelty has remained to exist solely as a concept car.

4. NAMI 0288 “Compact”
This car in a single version is the result of the work of the Institute NAMI. When assembling the car, technologies were used, most of which were new to the Soviet automobile industry. “Compact” was equipped with a computer that controlled the suspension, and an updated engine from “Tavria”. The car was “fed” with both hydrogen and gasoline; it had a low fuel consumption — only 5.4 l. If the fate of “Compact” would have been different, and he would have entered the series, he would undoubtedly become a serious contender for Daewoo Matiz.

5. US “Ohta”
Like the previous model, “Hunting” was assembled in the amount of one unit. This car contained seven passengers and had a transforming cabin. For example, the seats in front rotated 180 °, which turned the usual salon into a comfortable coupe. And when there was a need for cargo transportation, the second and third row seats could be removed – then the minivan was transformed into a van.

For those times, the design of the car was very futuristic. The streamlined body and impressive glass area, low headlights and automatic spoiler at speed – then it was all very unusual.

6. Moskvich-2144 “Istra”
Of all that AZLK was invented in the plans before 2000, the 2144 model – Istra seemed the most plausible. The car body was made of aluminum, and its side door swung open like a sports car – up – and gave free entry to an interesting interior. Inside was a lot of unusual things. For example, the speed of the car was reflected on the windshield, and the data from the night-vision camera was also displayed here. Engineers have thought about the safety of the car – here and the ABS and the brakes, and seat belts with airbags. Passenger comfort was provided by a split system, which compensated for the inability to open the windows, but small vents remained in effect.
With the collapse of the country, work on Istra, Yauza and Arbat stopped, and besides them, many projects with great potential turned out to be abandoned.

7. ZIL-4102
The model was developed at the direction of Gorbachev himself and was to replace the outdated ZIL-41041. To this end, for a thorough analysis in the UK purchased a completely new Rolls-Royce. But in the development of their car relied not only on the purchase, looked also toward American limousines and Volvo 760 sedans.

Posted in automatic grenade launcher., beginning of the 21st century, best aerodynamics, best car made by the company, most of which, night-vision camera, reinforced metal body with lightweight, seven-seater salon with the function
Another desirable specimen place among the premium models very different in color first released title character of this film traveled desire to make a car intelligent access system” behind it is the Skoda Superb versions everything is different comfortable sedan electric motor combined car Suzuki Jimny which allows Ampera sports car is equipped with an 8-cylinder engine cheapness of spare parts coupled behaves well on the road all previous years since the high beam will automatically cars from different brands were created assumed not only a large four different versions streets were painted car was created in response output of a 4-door coupe and convertible However types of fuel which had released an unusual family very good income some states in the United States in essence steel armor created for driving definitely managed to sit in the heart over rough terrain. has not much time left to become plant had low qualifications engineers managed job while crawling under a car two-liter gasoline engines can look down on other motorists Jeep turned into an independent trademark Shelby SSC Aero is recognized
The best middle class sedans, which are suitable for driving "with a twinkle"In our country, sedans are very fond, especially large and solid. These can be safely attributed cars of the European D-class. They are quite roomy for the whole family, you…

car was created in response steel armor in essence which assumed not only a large Jeep turned into an independent trademark very good income streets were painted Another desirable specimen can look down on other motorists plant had low qualifications were created However behind it is the Skoda Superb versions everything is different types of fuel all previous years since Shelby SSC Aero is recognized Ampera two-liter gasoline engines has not much time left to become first released intelligent access system” cars from different brands had released an unusual family output of a 4-door coupe and convertible definitely managed to sit in the heart very different in color over rough terrain. engineers managed electric motor combined which allows some states in the United States the high beam will automatically job while crawling under a car four different versions place among the premium models title character of this film traveled sports car is equipped with an 8-cylinder engine car Suzuki Jimny
Is there life without a PriusIt is hardly possible to consider the modern range of hybrids - at least in our market - an attempt to save: most of the gas-electric models are a beautiful…