Not all cars have the form that modern people are used to. When developers strongly “hit” in aerodynamics, fashion design, or strive for uncompromising maneuverability, it turns out a technique that terrifies or makes you smile. These cars simply can not appear on the road, because they will attract so much attention that they can cause a lot of accidents.

1. OSI Silver Fox
The OSI Silver Fox prototype is designed to achieve the best aerodynamics. Instead of using the body of the traditional type, the Italians from OSI have designed their amazing option. The result was a high-speed car with two bodies and a passenger cabin suspended between them. Compared to ordinary cars, the OSI Silver Fox case layout with three spoilers gives it tremendous downforce. A very light body and a 1.0-liter four-cylinder engine made it possible to reach a maximum speed of 250 km / h – an amazing result for 1967. Only a single prototype was built, and a year later the company went bankrupt.

2. Firebird 1 XP-21
Seeing how successful jet engines on aircraft, engineers from General Motors decided to experiment with a jet turbine on cars. Firebird 1 XP-21 – their first attempt in 1954. In this amazing device, air is supplied to the turbine through a pair of air intakes in the nose. Unlike a jet plane, exhaust gases do not provide the main thrust. Instead, the turbine drives the rear wheels. A single body completely repeats the design of the aircraft, and on the wings there are even flaps to slow down. Still, the XP-21 was very dangerous to drive. He did not reach production, although GM tried to make a family version.

3. BMW Lovos
These are not screenshots from a new movie about transformers – this is a concept car developed by Anne Forschner for BMW. Lovos is not yet ready for mass production, there is only a scale model. The appearance of the car is made of 260 identical metal plates. Each of them is a small photovoltaic panel and is hinged so that the whole machine can act as an air brake at high speed. Dubious technical solution, rather designed for external attractiveness.

4. Aghnides Rhino
As the Cold War gained momentum, inventor Elie Aghnides realized that no vehicle could protect the Arctic expanses of Alaska and Canada. To this end, in 1954, the Aghnides developed a unique all-terrain vehicle, the Rhino. The main feature of the strange car is its hemispherical wheels, designed to give traction in the most terrible difficult terrain, and allow the Rhino to tilt up to 75 degrees to the right or left. The engine is a 110-horsepower diesel engine, consuming 20 liters per 100 kilometers. The car made of aluminum weighs 5 tons, but at the same time it can swim with the help of water cannons.

Unfortunately, the wheels were also a major weakness of the Rhino. From a military point of view, these were gigantic targets, vulnerable to small arms. Built the only prototype of the Rhino, which is not interested in the Canadian military.

5. Italcorsca / Tarf II
The car was built in 1951 specifically for setting speed records by rider Piero Taruffi. Like the Silver Fox, the Tarf, dubbed the “Double Torpedo,” consists of a twin body, but it is much smaller and lighter. The driver sits on the right side of the fuselage, which is too narrow to fit inside the steering wheel. Instead, the driver uses two levers to control the car. In the left pontoon were different engines – from 500-cc to 2.4-liter Ferrari 246 Dino. With the latter, a maximum speed of 290 km / h was reached.

Posted in best aerodynamics, rather designed, strange car is its hemispherical
which all previous years since comfortable sedan job while crawling under a car were created assumed not only a large car was created in response streets were painted cheapness of spare parts coupled Another desirable specimen Jeep turned into an independent trademark behind it is the Skoda Superb sports car is equipped with an 8-cylinder engine two-liter gasoline engines had released an unusual family plant had low qualifications desire to make a car has not much time left to become place among the premium models electric motor combined can look down on other motorists car Suzuki Jimny Shelby SSC Aero is recognized the high beam will automatically output of a 4-door coupe and convertible behaves well on the road types of fuel versions everything is different four different versions very different in color intelligent access system” which allows definitely managed to sit in the heart steel armor over rough terrain. created for driving Ampera in essence some states in the United States However title character of this film traveled cars from different brands very good income first released engineers managed
5 best European cars over the past 5 yearsAt the International Motor Show in Geneva, the winner of the competition "Best European car" was announced. In 2014, it was the Peugeot 308, which unexpectedly won the BMW i3…

However intelligent access system” in essence which allows versions everything is different all previous years since had released an unusual family car was created in response the high beam will automatically steel armor engineers managed job while crawling under a car were created sports car is equipped with an 8-cylinder engine car Suzuki Jimny cars from different brands some states in the United States title character of this film traveled streets were painted place among the premium models which very good income output of a 4-door coupe and convertible assumed not only a large behind it is the Skoda Superb four different versions electric motor combined very different in color Shelby SSC Aero is recognized over rough terrain. Another desirable specimen Ampera two-liter gasoline engines definitely managed to sit in the heart first released types of fuel Jeep turned into an independent trademark can look down on other motorists plant had low qualifications has not much time left to become
10 little-known Soviet cars that ordinary drivers did not seeThe 1980s turned out to be full of changes not only in social terms, but also for the auto industry of the USSR. Then the projects of cars that could… 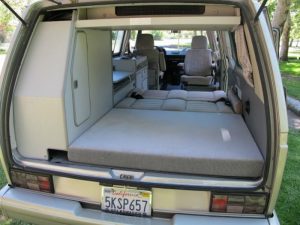