10 cool automotive technologies that “fell” on us from space 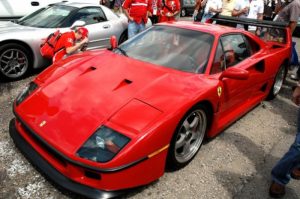 Despite the fact that not many Earthlings have yet been in extraterrestrial space, a breakthrough into space has changed the life of almost every modern person. Today we will talk about technologies that have migrated to the life of the space industry.

1. Fireproof fabric
Today, refractory fabric is fairly widespread in various industries, but the first from space it migrated to the field of automobile racing. From it, in particular, make costumes for racers. The fabric itself was invented by NASA engineers, who invented it after a fire in the Apollo 1 cockpit, which killed an astronaut.

2. Display on the windshield
The illuminated dashboard on the windshield also came to us from the space industry. Initially, the technology was developed at NASA for equipment on the ISS, and after it was tried to be used in military aviation.

3. Mechanical handlers
The first robot manipulator, was created by Canadian engineers in 1981 to carry out work in space. Today, these manipulators make it easier not only the life of astronauts, but also are used in almost all automotive plants.

4. Wheel with flexible elements
At one time, NASA needed flexible wheels for planetary vehicles. These wheels had to guarantee smooth movement on any type of surface in any weather. The order was taken by Michelin, as a result of which Tweel wheels appeared. Subsequently, they were adapted for land transport.

5. Airgel
This “alien” material is actively used for thermal insulation of the cardan shaft in the Corvette C7. Before this, the airgel was used to collect cosmic dust. For the sake of justice, it is worth adding that for the first time this technology was used, however, not in space, but in atomic weapons.

6. Gold foil heat shield
Gold and silver are the ideal material for the creation of various insulating elements. That is why at one time it began to be used in NASA to create a special insulating foil. Today, it is used in the automotive industry, in particular to isolate the McLaren F1 engine compartment.

7. GPS
The GPS system works today thanks to satellites. It is in every car navigator, smartphone and tablet. Curiously, the original GPS was developed by American scientists to launch satellites.

9. NACA air intakes
The technology of air intakes was created by NASA engineers back in the days when the aerospace agency bore the acronym NACA. Air collectors for spacecraft were developed, but, ironically, for them they turned out to be absolutely useless. But sports cars are very much to their liking.

10. Carbon fiber
Carbon fiber is another material that is actively gaining popularity today. Today, this material is being introduced into production by many automakers. Initially, it was used in the construction of rockets.