New BMW 8 Series: the car that drivers have dreamed of over the past 30 years 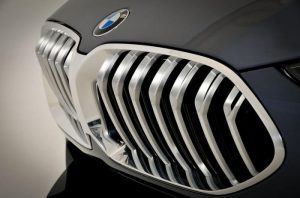 At the recent exhibition Concorso d’Eleganza Villa d’Este the German company BMW introduced a new model. The BMW 8 Series coupe has already won an army of fans, even though very little is known about the car. The car of the Gran Turismo class continues the traditions of the Bavarian company, presenting a completely new design.

The BMW 8 Series coupe was produced from 1989 to 1999, a whole decade. The model received many technical innovations and became the first one designed exclusively on a computer. A Gran Turismo class car won the love of drivers who love fast, but comfortable driving. But the car pursued a series of setbacks. After the fall of the Berlin Wall in Germany, it became unfashionable to buy expensive cars. Sales in America, where BMWs are traditionally prized, also fell through.

The high technologies used on the BMW 8 Series soon ceased to be something special, and in the wake of the “green” movement, BMW even had to apologize for the voracious 4.4-liter engine producing 286 hp.

As a result, the BMW 8 Series never became an independent line of cars, like the 3rd and 5th series. And only now, 27 years after the release of the first model, is the new super luxurious BMW 8 Series coupe.

The chief designer of the car, Briton John Buckingham (John Buckingham), said about his brainchild that “this is an expensive luxury car of the Gran Turismo”.

The appearance of the car has undergone strong changes, but at the first glance at the car it is immediately obvious that this is BMW. A narrowed nose, kidney-shaped grille, narrow front headlights and L-shaped rear lights confirm this. The layout of the 8 Series is also very different from other Bavarian models. For a long time, BMWs were “shot down” and “compact.”

The car’s interior resembles the latest BMW models, but new elements have appeared. The gearshift lever is made from a single piece of faceted crystal.

And while BMW is creating the most beautiful cars in the world, Mercedes-Benz experts have designed a racing boat with a capacity of 3100 hp.